Start packing your bags and get your passports ready!

PokerStars unveiled the exciting news at this year’s EPT Barcelona. 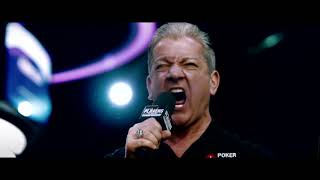 Before you think that the PSPC is just any old poker tournament, at the inaugural 2018 PSPC event in the Bahamas, Spain’s Ramon Colillas won $5.1 million.

What’s more? Amazingly, Colillas qualified to the PSPC in an online qualifier.

Most importantly, PokerStars will give away free Platinum Passes for entry into the tournament. Each Platinum Pass includes free entry to the €22,500 buy-in (approx. $25,000) tournament as well as a six-night hotel stay, flights, transfer, and certain other expenses for the winner and a guest.

“The inaugural PSPC was an amazing success, and featured hundreds of Platinum Pass winners who dared to dream of playing in an exclusive high-roller event,” said Severin Rasset, PokerStars’ Managing Director & Commercial Officer, Poker. “The PSPC demonstrates our commitment to cultivating and growing the game, not only by creating opportunities for poker fans of all levels to win life-changing sums of money but also by showcasing poker and the entertainment it provides.”

Qualifying for Platinum Pass in PA

So far, there is little information on the details surrounding the giveaways at the moment.

However, online poker is ready to launch shortly in the Keystone State. In particular, PokerStars readies to launch after inking a deal with Mount Airy Casino. Unfortunately, despite a rumor that PokerStars would launch last week, this was not the case. However, it remains the poker site most likely to launch first.

Although we don’t have the details yet, PokerStars previously ran Platinum Pass promotions in New Jersey. It is safe to assume similar promotions will run in PA after launch.

Platinum Pass tournaments should run throughout 2019 and up until the PSPC. Previously, there were four main ways to earn the coveted pass.

It is exciting to think that anyone can win the PSPC trophy. With the impending launch of PA online poker, it could be that a Pennsylvania poker player could be crowned 2020 PSPC champion.